The earliest libraries have been around since the first words were written down. Clay tablets dating 2600 BC has been discovered in Sumer (Southern Iraq, in case your knowledge of the Bronze ages’ geographies is rusty).

Religion has played a major role in the development of societies and cultures: libraries weren’t an exception. They were placed under the rule of either church or crown until the first true national library was founded in 1753 as part of the British Museum.

Today, there are a number of public libraries at our service, and like much else we’ve taken for granted, they have been aggressively challenged by the digitizing of our world, and many libraries are forced to develop to compete with the world-wide web of information at every layman’s fingertips.

The Urban Dictionary defines libraries as “an awesome place that is underrated in today’s society”, where you can “borrow CDs, DVDs, software, and books for free”. This is very true. Thanks to the Netflix’ original A Series of Unfortunate Events, I was prompted to re-read the book series, and was reminded of something I realized as a child. Back when I was taken to a library, I stopped in awe to marvel, and I realized if there was one material thing I wanted in this world, it was a library. 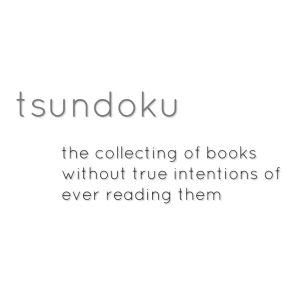 If you’re slightly obsessed with organizing, and prone to forgetting just how much you enjoy labeling your surroundings, you’ll find a kindred spirit in me. Usually, I’m fighting windmills because of it. But just a few days ago, I finished my very own library inventory, and achieved one of my childhood dreams. Basically, I already had one, thanks to one of my dearest hobbies the Japanese call tsundoku. It not only gives me the most wonderful elements for interior design, but I’ve grown a modest collection of books in a few years. But I didn’t have the feel of a library I wanted.

As I write this, I know I have exactly 336 books, comics, manuscripts and documents divided over 16 bookshelves and indexed with author/editor, publisher, year of publication, genre, language, number of pages (in case I want something light to read, or something heavier to help me fall asleep), color of the back (in case I feel like organizing my books by color), notes with some of my thoughts on the book if I’ve read it, and lastly tags, to help me or anyone needing help finding a specific topic or work be as specific as possible in the search.

I considered integrating the Dewey Decimal system as well, but decided against it since I have a large amount of non-fiction books decorating my shelves. You know the feeling you had as a child, when you couldn’t sleep with all your favorite stuffed animals at once, so you took turns so they wouldn’t feel left out? Well, I don’t want my paperback second-hand fictional works to feel left out, either. Never mind that it’s been criticized for its sexist and misogynistic tendencies, and we can’t have that.

For instance, if I wanted to read something concerning jazz, I’d type “jazz” into the search field and peer at the two only options. I could choose between the classic The Great Gatsby, or a historical work by Peter Gammond called Scott Joplin and the Ragtime Era.

I do realize most people won’t find the time to be this consistent and slightly obsessive. There are, however, a number of traditional book-lovers out there, and as I applaud them for their tenaciousness, I proudly count myself among them. As long as there’s a bookworm out there expanding his/her world with these cosmic extensions we know and love as books, there will be a library. Inventory or not.

Sometimes when I face writer’s block and stare at my library inventory just to pretend I’m doing something worthwhile, I think to myself that I just might be wasting my time. Eventually all books will decay, and really it might be easier on the environment if we were to digitize the world’s libraries.

But there’s something magical about entering a building devoted to books and knowledge. It’s very similar to taking a walk in a silent forest. Basically it is the same, except the trees are mangled and tattooed for our pleasure in a library, and not the stoic figures that guard us in the woods.

The mindfulness is the same.

Also, I fear for people’s general lack of knowledge. It’s not enough that we have the options to search the web for information. Most people don’t understand the mechanics of the search engines, advertisement and cookies. It’s a rigged game, owned by the muppets at the top. Isn’t that always the way? Whether it’s the church or Google, someone always filters the information given to you.

And just because you have access to information doesn’t mean you’ll take the time to read it. That of course applies to libraries as well.

That’s another reason for taking comfort in a traditional library.

I firmly believe you should know your trade, whatever that may be. As a writer, I should know the written word and in what forms it touches people. A library is an excellent place to start.

It’s a also a place where you can take a well-deserved break. On that note, I have an incessant coffee craving, and a terribly unlucky trio of orphans that demand my almost undivided attention.

This site uses Akismet to reduce spam. Learn how your comment data is processed.